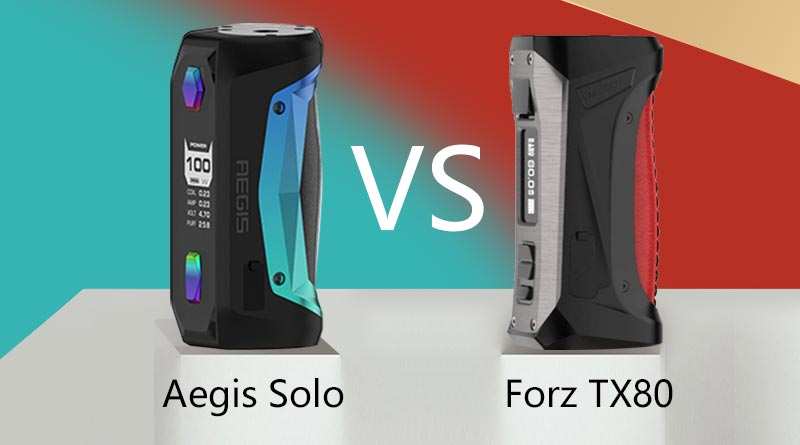 In last few years, the Geekvape’s Aegis series should be one of the most successful vaping product line in the whole industry. The most distinctive feature of the Aegis line is – Waterproof, Shockproof &amp; Dustproof. Now another big company joined the game with their product – Forz TX80 by Vaporesso. Right now, it is hard to tell who is better in performance as the new one was released a few days ago, nobody tests it for some months, but we can still tell something by having a brief specification comparison.

As the Forz TX80 is powered by replaceable 18650 battery and max 80W in wattage, so we will pick the Aegis Solo to make this comparison. 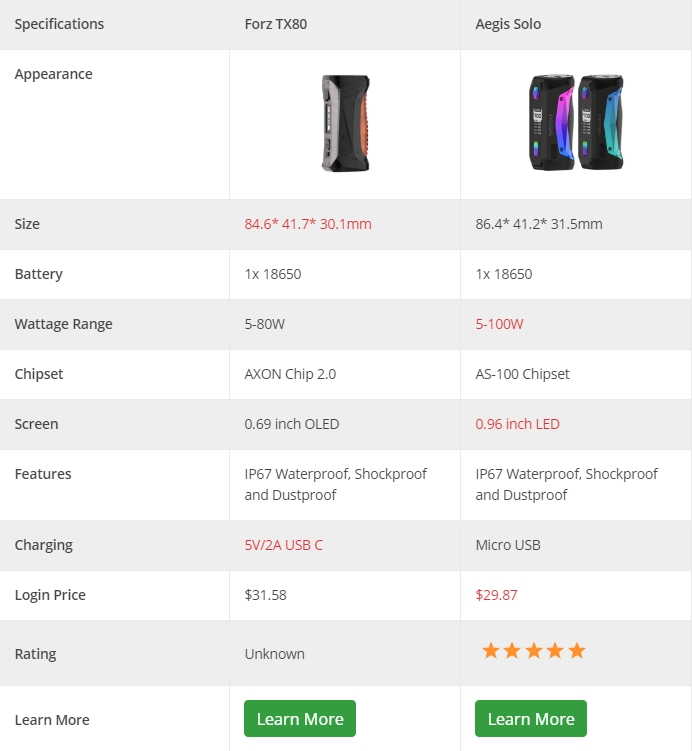 Overall, the Forz TX80 is very silimar to Aegis Solo – smaller size &amp; screen; same waterproof, shockproof &amp; dustproof; same single 18650 cell, but there is a 20W wattage difference. Vaporesso stated that the new AXON Chip 2.0 on Forz TX80 will deliver excellent performance in PULSE Mode &amp; F(t) Mode. Lets see how it performs when it is available to buy.

Which one will be your choice? Share us your idea in comments below.
Find Share
Reply
Quick Edit
Full Edit