#1
08-27-2019, 07:56 AM
Have you ever tried Vapefly Brunhilde RTA before? What's your thought on that? Unique design? Nice looking? Large juice capacity? Or something else. Frankly speaking, the appearance of the Vapefly Brunhilde RTA really brought us some enlightenment and deep thoughts. Have we already fixed the design of RTA? Of course, we really need some changes in the design of vape devices. That's what we always want to see, and customers literally love to try new things. So, that's the reason why we're here. Let's check this one out, Vapefly Brunhilde MTL RTA. 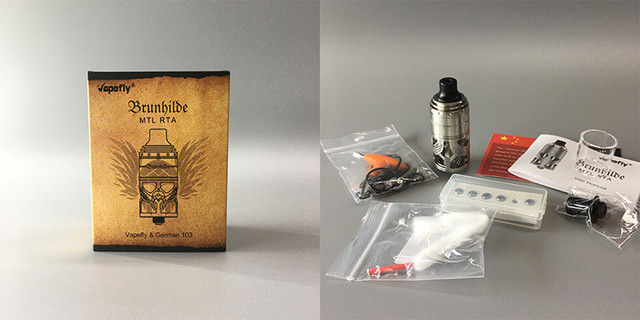 Maybe some of you have tried the original version of Vapefly Brunhilde, but to make it clear, I'd like to make a short comparison between them. 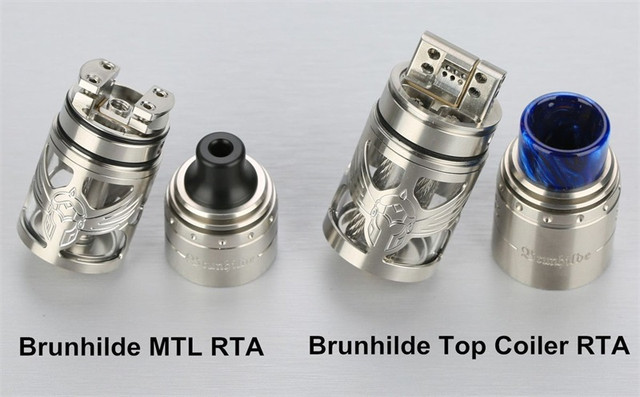 Actually, the MTL version still retained the original design of Vapefly Brunhilde. The appearance and structure design is totally identical to the RTA version. The coil-juice separation method is its unique feature. Using the stainless steel wires instead of the cotton to replenish juice is another unique feature. 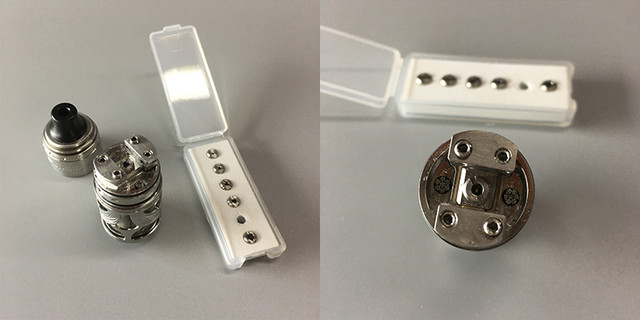 As an MTL version, airflow is always the first configuration we should discuss. Different from the others on the market, you can use a few airflow screws to DIY your own airflow style. But first of all, you need to try every screw to find out the one works best for you.

Someone out there may be a little confused about this kind of design. Isn't it much more complicated and difficult to use by comparing to the airflow adjustment ring type? Of course, it may look a little complicated to use the screws to adjust the airflow. But you just need to adjust it for the first time you use it. As long as you find the best screw for yourself, you do not need to change that anymore. On the other hand, even the screw you select is the most suitable for you, there's still a little restrictive or loose. Don't worry, you can also make minor adjustments to the air inlet. 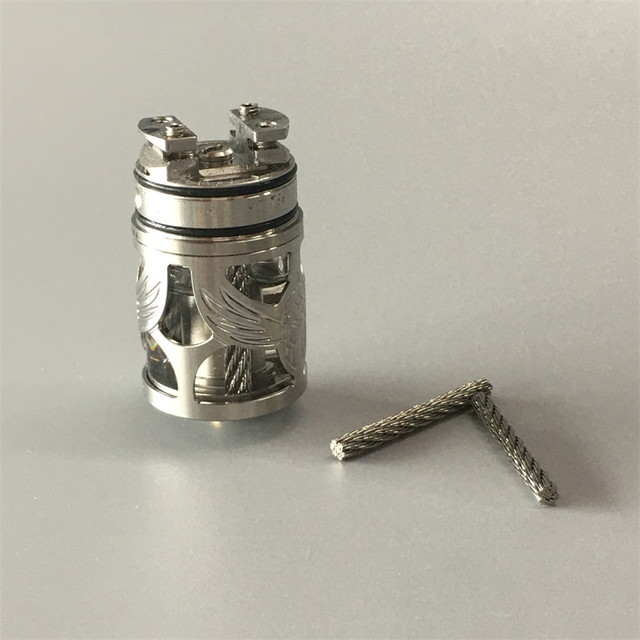 As an iconic configuration of the Vapefly Brunhilde MTL RTA, stainless steel wires play an important role in overall performance. Its role is not only to replenish the juice, but also to keep the cotton soaked. 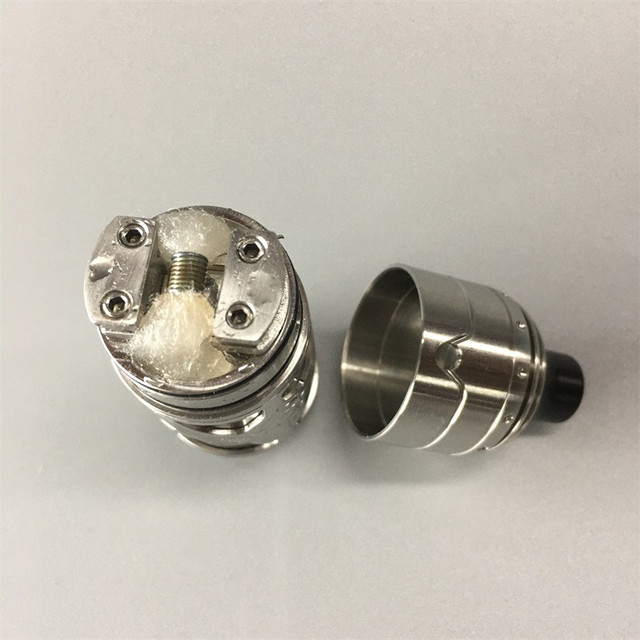 The Vapefly Brunhilde MTL RTA is a single coil device. But you will find there're four screws on the postless building deck. It just depends on the way you prefer to install your coil as always.

And what surprised me a lot is the whole process of building the coil is pretty easy. There are no complicated operations. Simply install the coil and wick it. 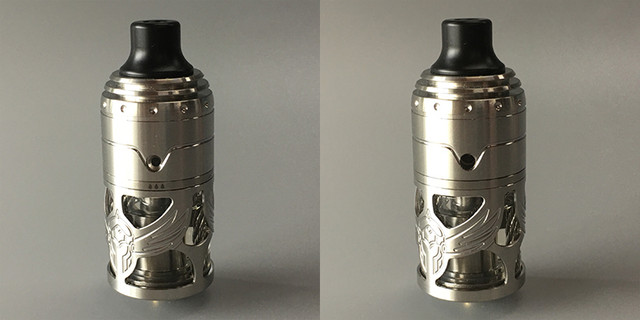 There're two holes on the side of the building deck. You can refill your juice through the smaller one and another one is to inlet the airflow. And there's a pattern to remind you which one is the filling hole.

The thread of the drip tip is 510 and you will get an extra longer resin drip tip to replace. But I think this pre-intalled one works best for me. 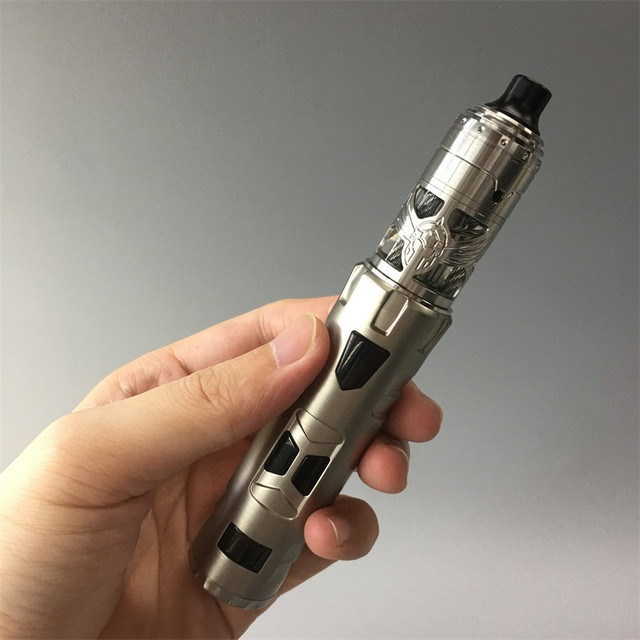 So it's time to talk about my thoughts on this Vapefly Brunhilde MTL RTA.

Talking about the cons, I think there's really nothing to complain about. But I still need to talk about the airflow screws here. When I got this device and I checked all the parts. It just made me feel like this one is a super unique MTL RTA. And it also reminded me of the Augvape Merlin Nano MTL RTA when I saw the airflow screws in the package. The whole building process is quite easy. Although the uncommon airflow screws may make you feel hard to accept, it will change your mind after you set everything up.

As for the pros, I will reserve my opinion on the structure and appearance because people all have their own standards of beauty. From my perspective, I think the design of the Vapefly Brunhilde MTL RTA is quite beautiful.

The stainless steel wires are not strange to us because we've already seen that on the Vapefly Brunhilde RTA. I have to admit that's the coolest design ever. As for the actual performance, it always keeps my cotton soaked after doing some chain vapes.

The flavor this device gives me is definitely beautiful. The coils you get from the package are both 1.0ohm, so you have to choose a smaller diameter screw if you're a restrictive MTL person. Of course, if you think you only need to make minor adjustments, you can also adjust the air holes directly.

Now you can find it in our store.