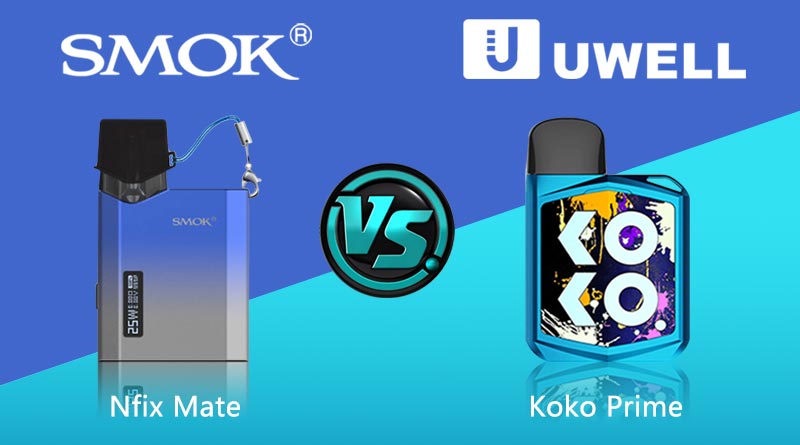 SMOK upgraded their Nfix pod system to the new Nfix Mate, which is similar to Uwell Caliburn Koko Prime in appearance. In this post, we will check out the upgrades from the Nfix to Nfix Mate, and the differences between Nfix Mate and Koko Prime. Here we go: 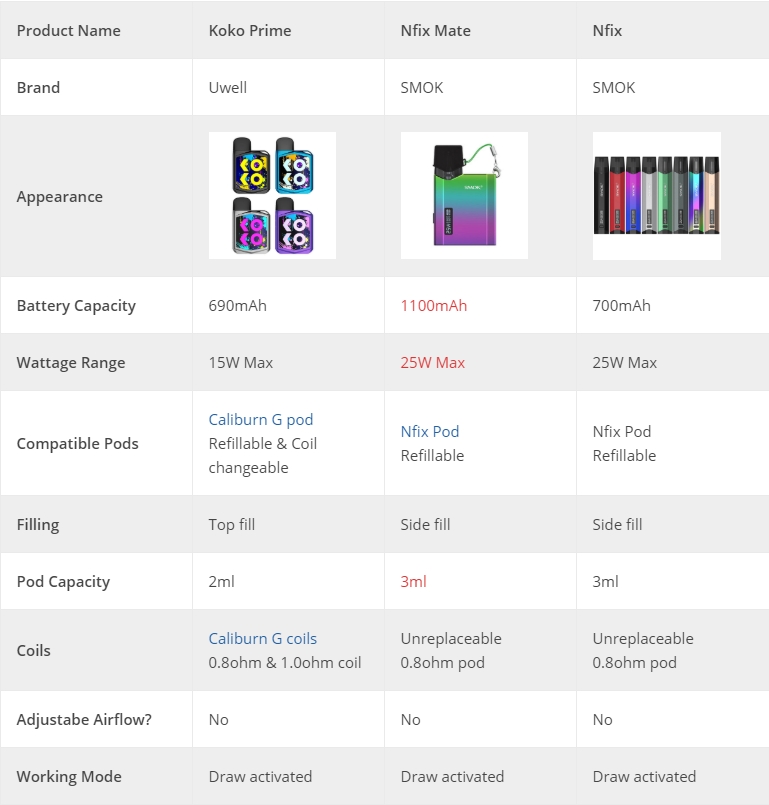 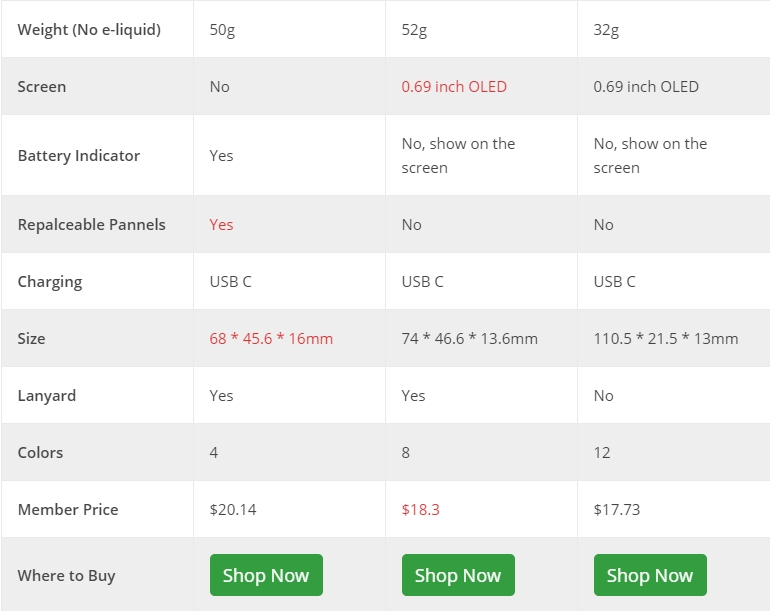 Differences between Nfix Mate and Koko Prime:
Nfix Mate comes with a bigger battery capacity and bigger pod capacity than the Koko Prime. Also Nfix Mate applies a 0.69 inch OLED screen to display all parameters, while there is no screen but a battery indicator on KoKo Prime.

Meanwhile, the Koko Prime’s coils are changeable compared to unchangeable coils on Nfix Mate pod, you can save money on it. And the back covers of the Koko Prime are also changeable while there are more color options for Nfix Mate. The overall size of both products are small, both are feeling good at hands though the Koko Prime is the smaller one.

For the price, at HealthCabin the Nfix Mate is a little cheaper than the Koko Prime.

Which one will you pick? Share us your idea in comments down below.
Find Share
Reply
Quick Edit
Full Edit