#1
05-28-2021, 08:58 AM
Hey guys. Today let's check out the Torch RTA by Digiflavor which is an innovative self-winding atomizer. With a deck drawn from the Drop and airflow from the GV Z series, this little beast has a lot to offer. Here we go!

Digiflavor Torch RTA is composed of a durable food-grade stainless steel body, food-grade PCTG drip tip, and heat-resistant glass. The ergonomically designed drip tip fits right to the lips. Supporting 810 drip tip, this flavor booster meets the expectation of DL, safe and strong. With a diameter of 26mm, it features a 5.5mL juice capacity. The oil filling hole of the Torch RTA is located under the top cover of the 810 drip tip. Adopt leakproof design - Zero-leakage and lower noise. Let you focus on cloud chasing. The innovation of Torch RTA is the backlight. Yes, the built-in breathing light can be activated at an input voltage of 3 volts and illuminates the RTA while vaping. 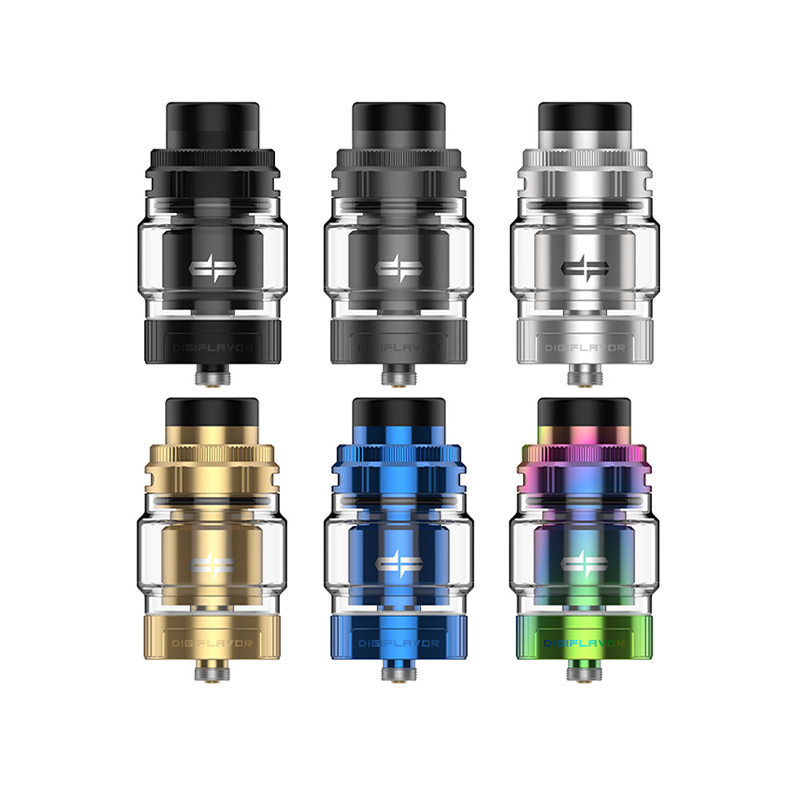 Once you vape, the light will first spark at the deck, and then glow through the glass. The RTA's built-in raised postless four-terminal build deck, which can accommodate single-coil configuration or dual-coil configuration, and its Y-shaped electrode pole provides a better DIY experience, making coil construction easier than ever. In addition, the RTA adopts a top-to-side airflow system to boost up the diversity. Compared with other RTA, the air in Torch RTA is sent into the chamber from above instead of below to vaporize. In order to still ensure an excellent taste, the air flows down in the RTA and is directed to the build deck from the side. The air there flows around the windings of the double-coil deck-no taste is lost when inhaled.